At Genesis Automotive & RV Repair, we are always looking for ways that we can contribute to our local area. Over the years, we have chosen to sponsor several individuals in our area to help make their dreams come true. We are industry experts when it comes to horse trailer repair so we decided to sponsor several individuals in local rodeos to give back to that community. 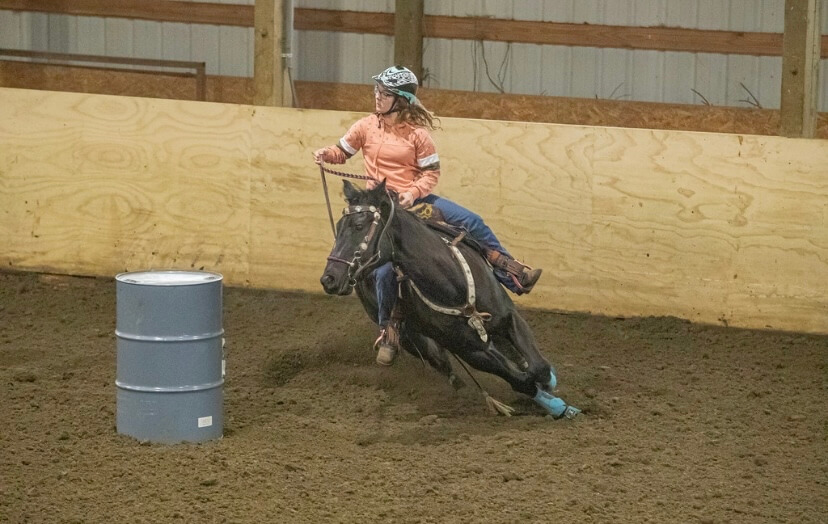 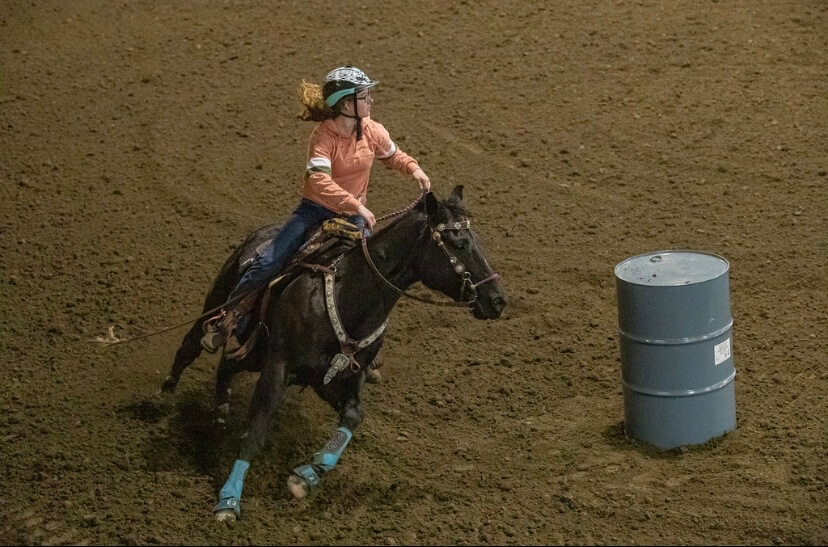 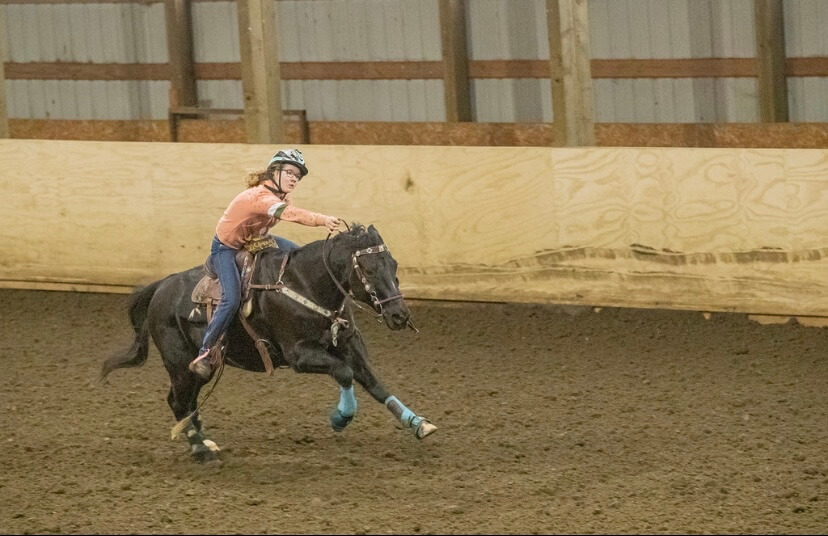 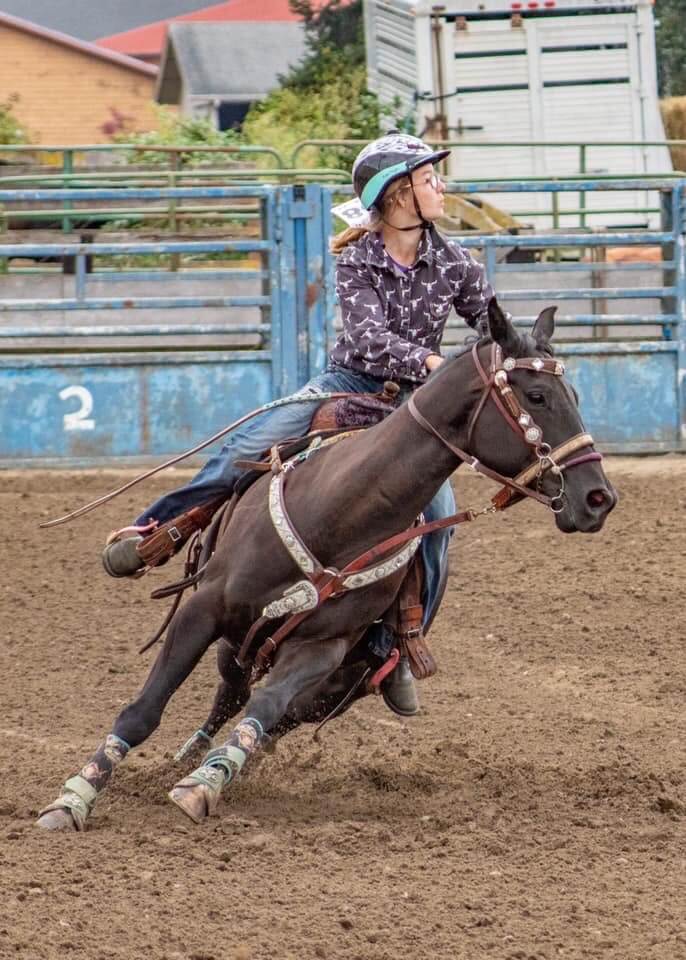 I have been riding horses ever since I was very young, and it is all I want to do. I have been Involved with NJRA for many years and love it! I have tried many different classes at the rodeos, but I love barrel racing the most. I participate in the series at the Silver Spur Club. I want to travel and do barrel races and try to go pro. After high school, I brought a PEMF (Pulse Electro Magnetic Field) where I am certified to work on humans, horses, dogs, livestock, and small animals. If you want to check out my page it is “Sadie’s Patient Heart and Hands” on Facebook or Instagram. I am also taking classes to become an Equine Massage Therapist. I have a lot of passion to work with horses – if I ride them and keep them in shape or making them feel good with the PEMF machine, or better yet, do both, I am happy! I have been told I have a way with horses, and it is a gift that I have. 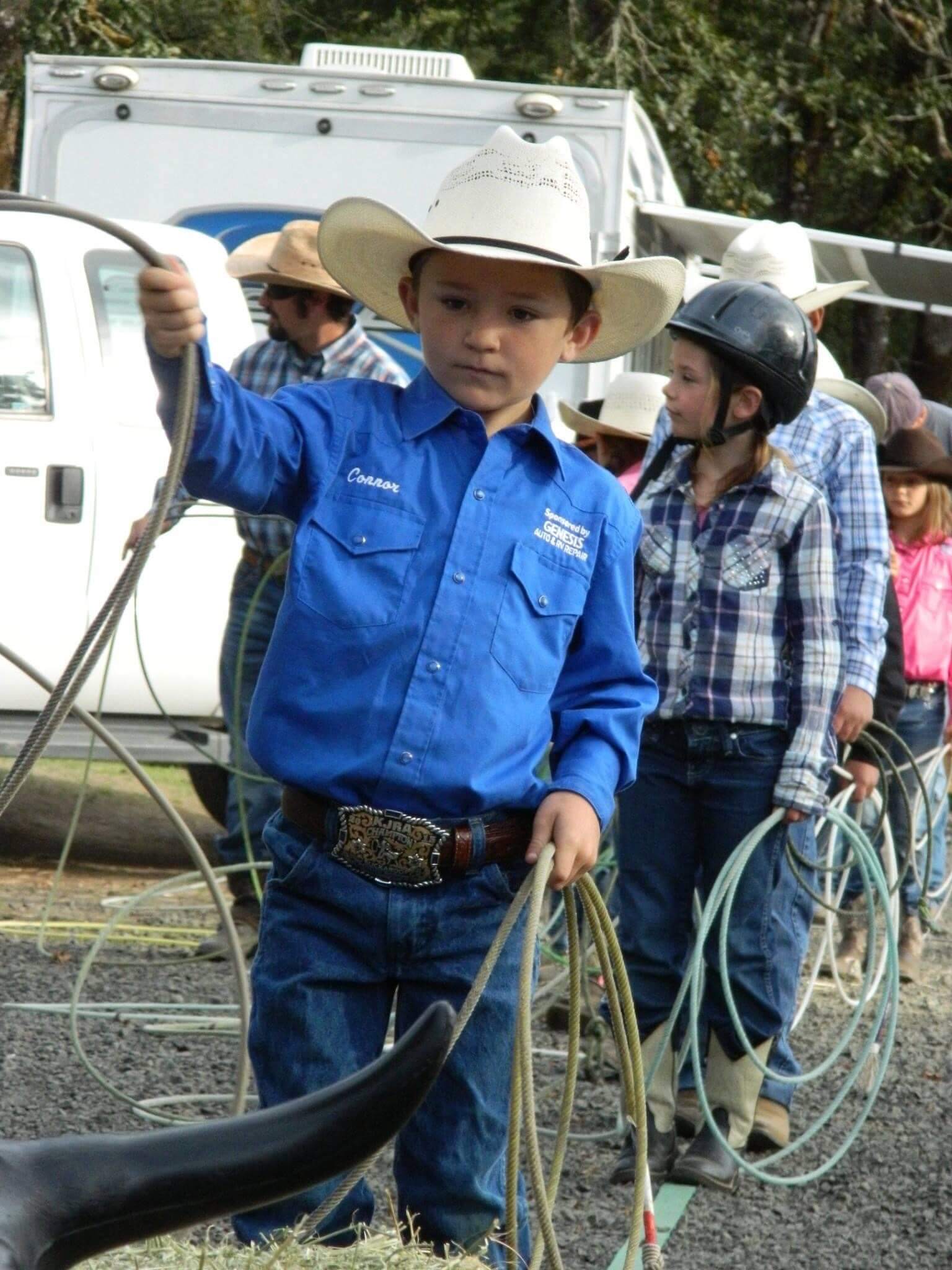 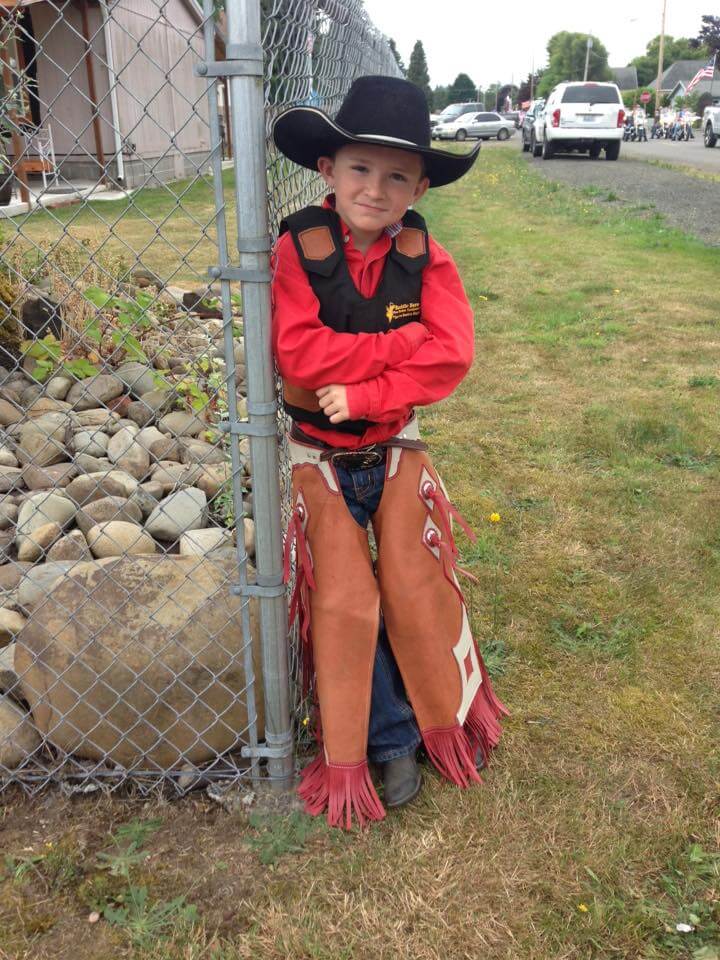 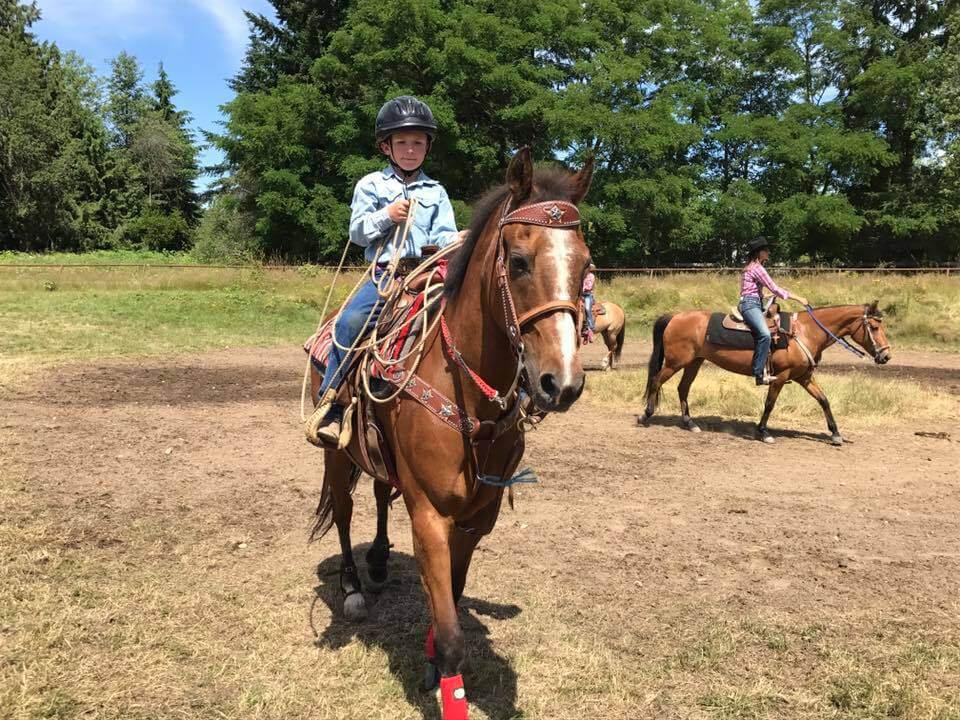 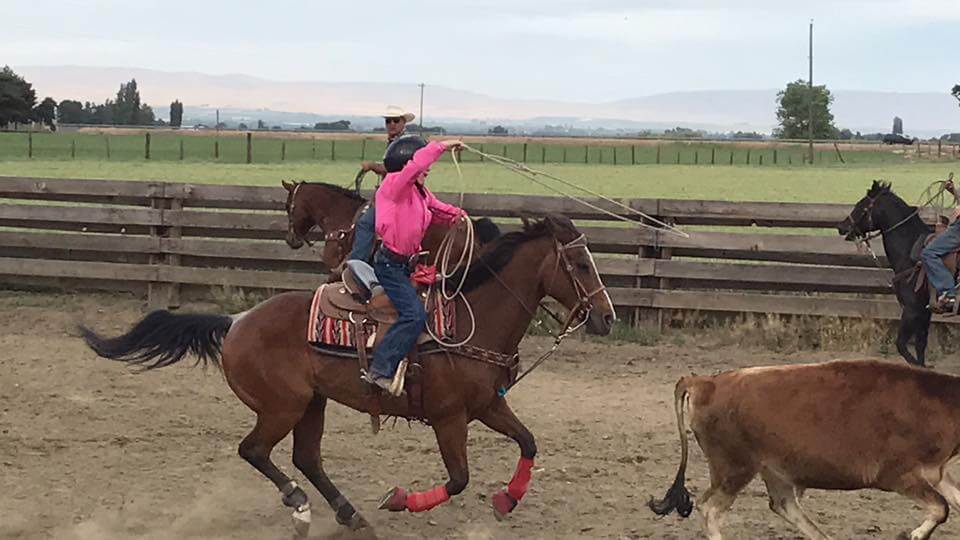 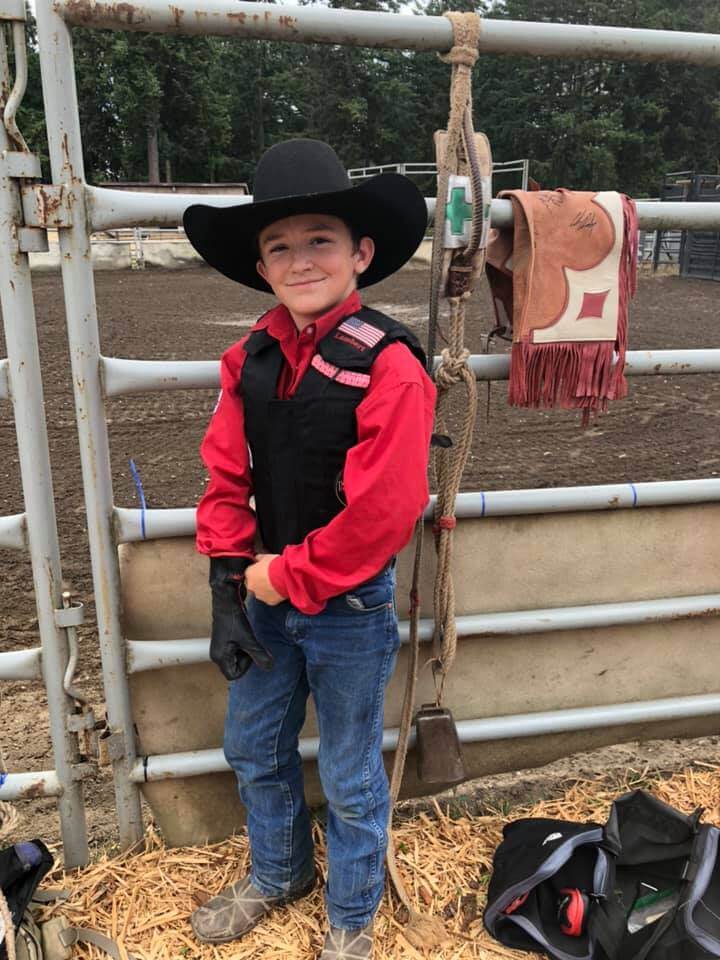 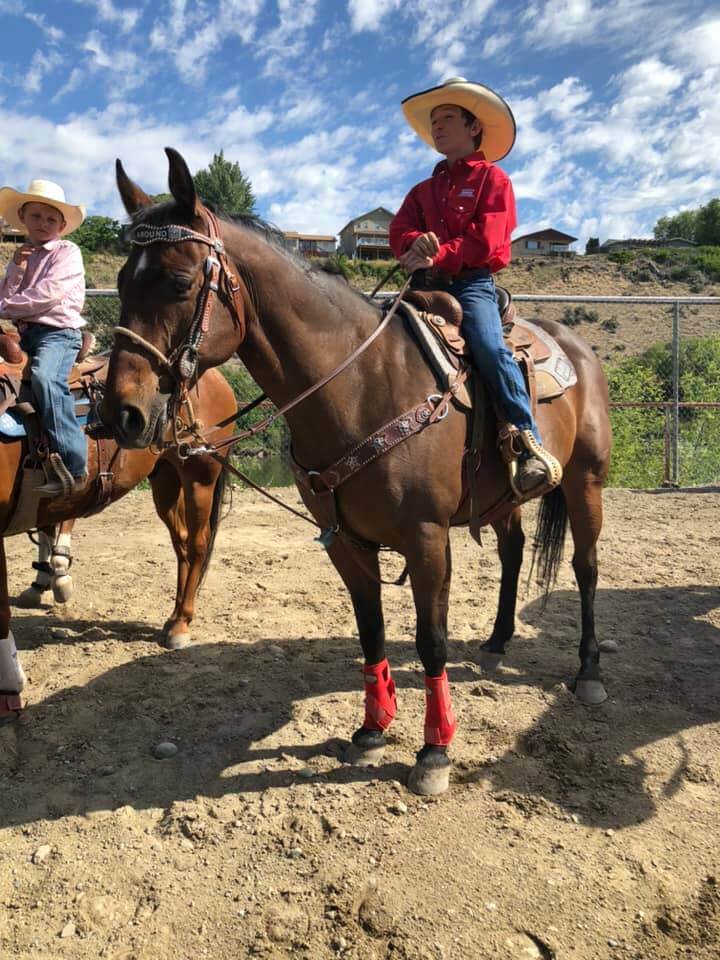 I started rodeo in 2015 as a peewee in the “Northwest Junior Rodeo Association” or (NJRA). My first year I did not win anything, except maybe a hay bag or halter. However, I did get on a calf and loved it and wanted to get on more, but they did not have it at any other rodeos. I do not know why I wanted to get on a calf because I was scared to even walk my horse.

The next year I was 8 years old, and I was way more confident around my horse. In 2016 I actually won things! I was so excited. I even won dummy roping a few times. I also got on another calf and loved it even more. But it was my last year as a peewee, so I had to forget all about those events and move up a division.

In 2017 I was a junior, so I had to do breakaway roping, steer daubing, goat tying, and steer riding. It was really hard to move up a division and have to do all new stuff. My first year of rodeo I didn’t win anything, and now the same thing happened my first year as a junior. It was like a reminder that things are not just given to you.

2018 was my second year as a junior and I was ready. I was excited and determined to win something. We also moved to Elk Washington where we live now. I am competing in a couple different associations called CTJRA (Caribou Trail Junior Rodeo Association), EWJRA (Eastern Washington Junior Rodeo Association), and the Central Washington Ropers and Riders Association, or CWRRA. I was starting off pretty good, no first place yet but I was doing well, and then almost halfway through the season in Oakville Washington I got kicked in the shoulder by a steer and broke my shoulder. I was done for the rest of the year.

In 2019 I was terrified of getting on a steer because I broke my shoulder and I didn’t want something like that to happen again so I would not get on. Until the Shane Procter bull riding school. He is a world champion bull rider. The first day I had the opportunity to get on and I wouldn’t get on and then I talked to Shane and the next day I got on and I have been getting on since. The 2019 rodeo season was not going great until Omak where I caught in breakaway roping, winning second, tied my goat down and got second, daubed my steer and won first, and rode my steer and got first. But still not good enough to win all around, I lost it by one point. I won a lot in 2019, and gained even more confidence.

I was so excited for the 2020 season and then… coronavirus. I have been to 3 rodeos this year, and I am going to be competing in the National Junior High Rodeo Association for the first time. And I could not do it all without sponsors like Genesis Automotive & RV Repair! 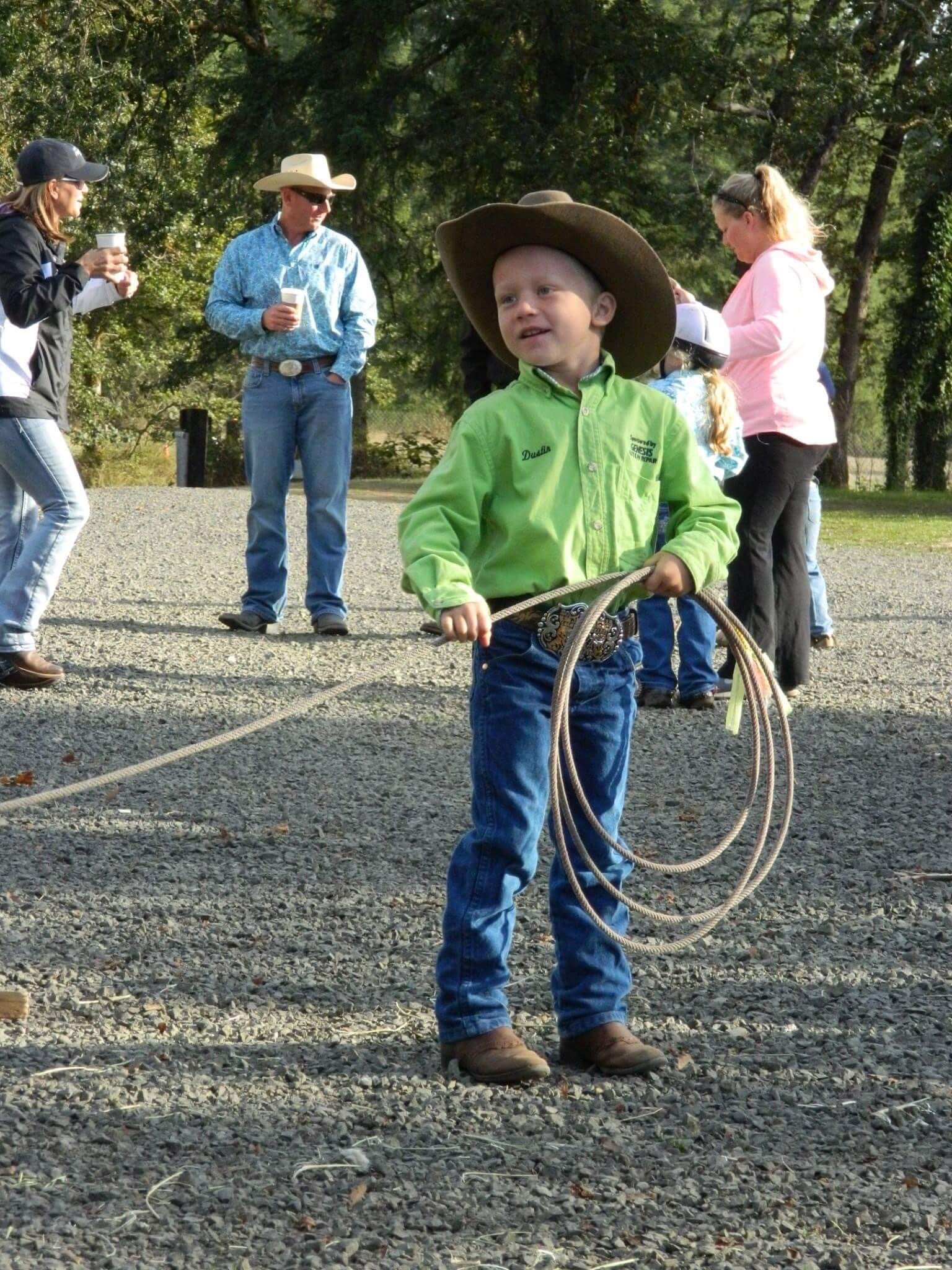 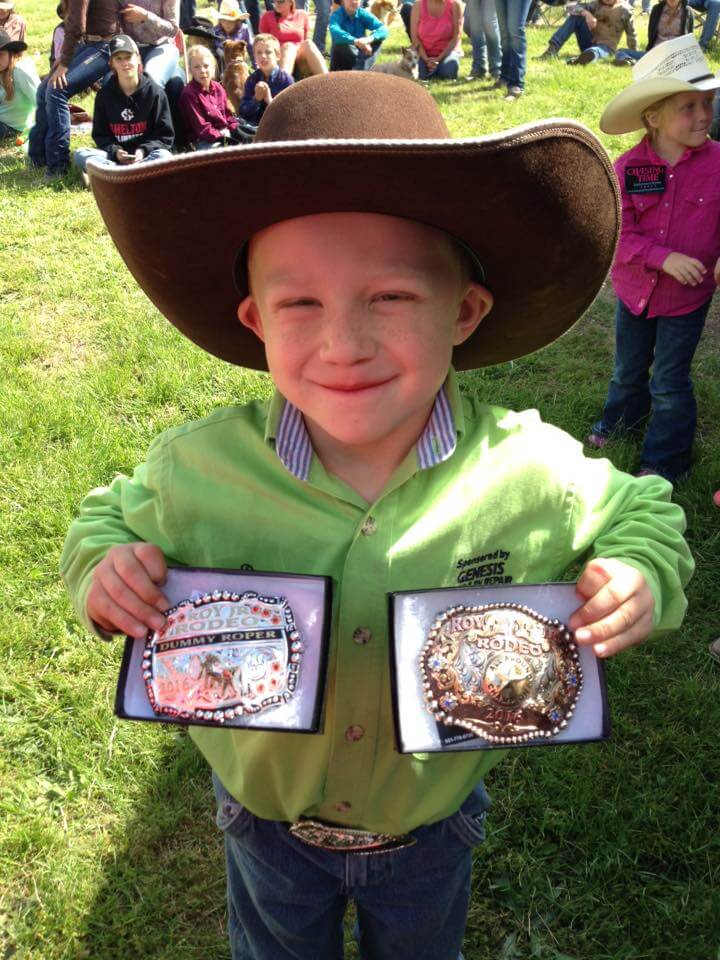 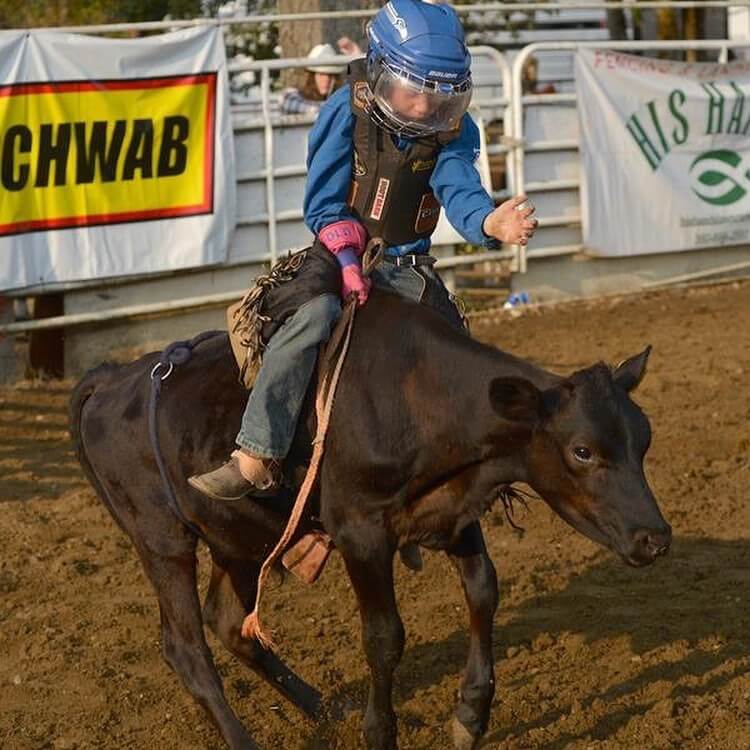 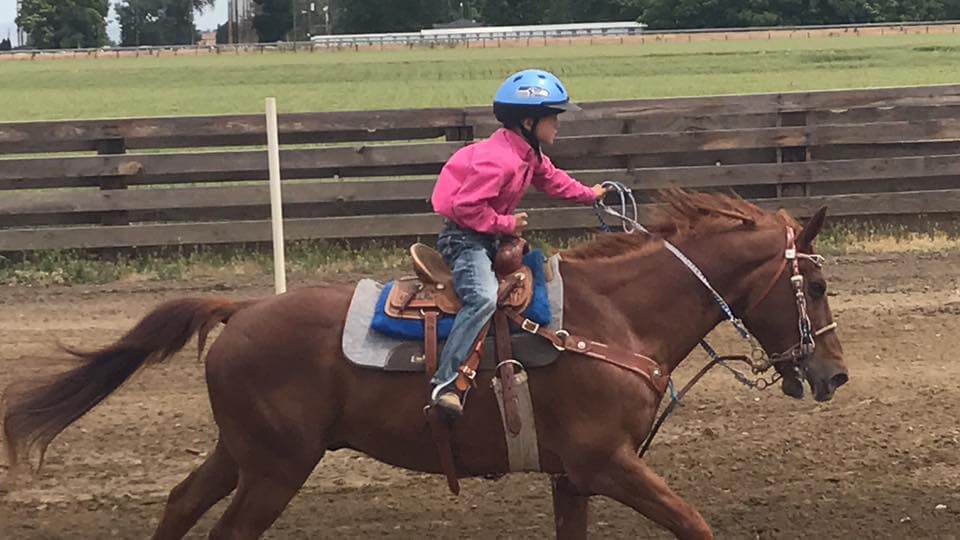 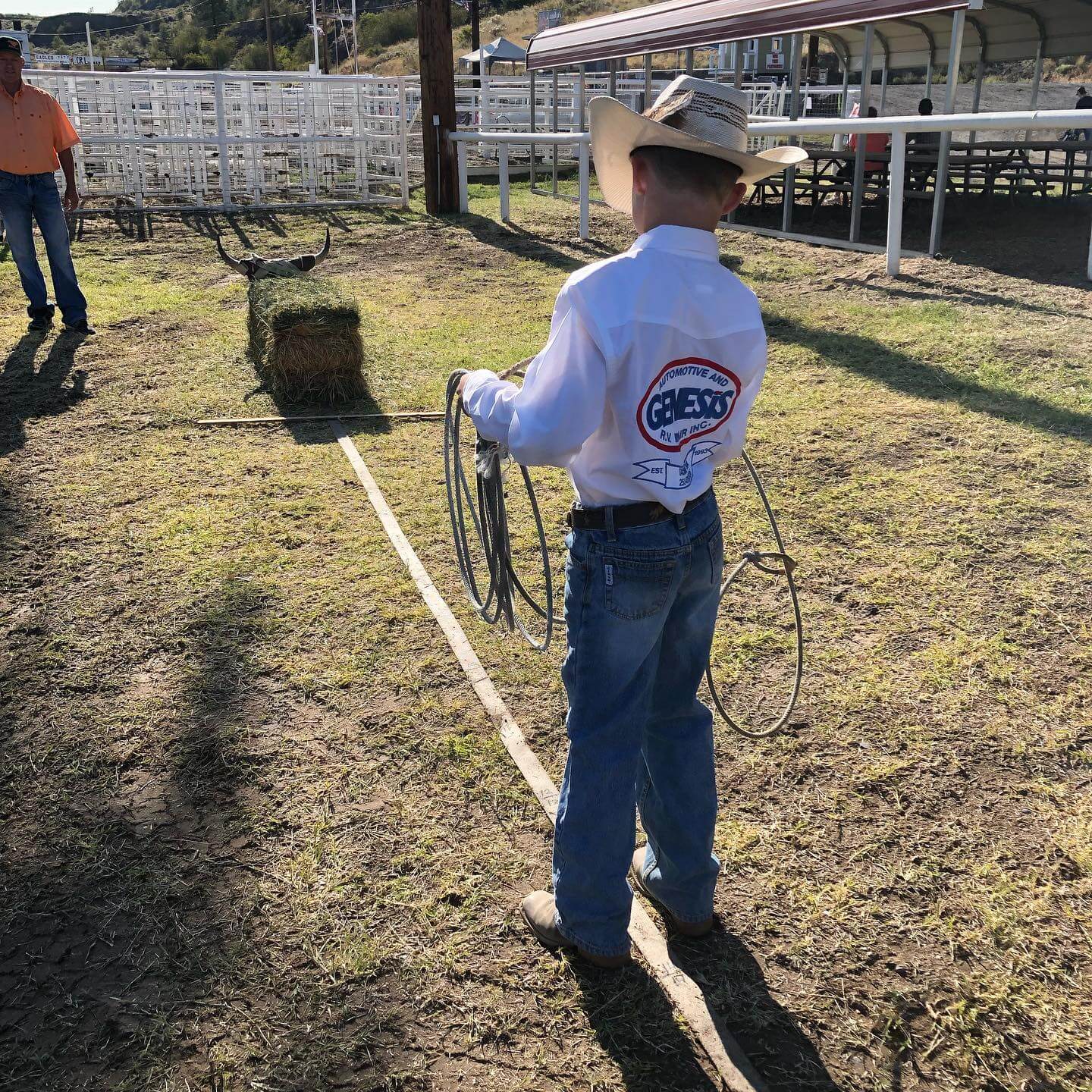 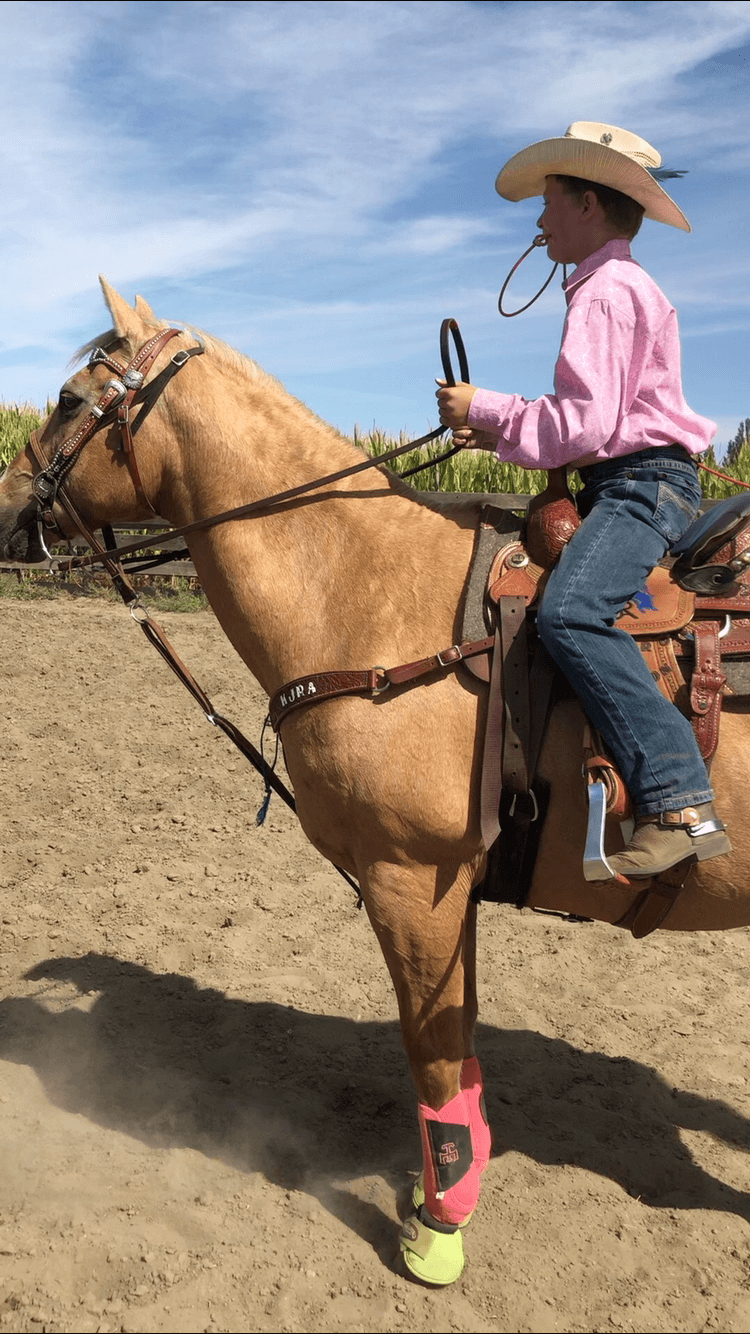 My name is Dustin Dean. I started rodeo when I was just 5 years old in 2015. Now I am 10 years old, and getting ready for my 6th year in competition.

For the first 5 years of my rodeo career, I rode my awesome pony, Blondie. She helped me earn 28 belt buckles, 1 knife, 2 All-Around Cowboy saddles, along with many other awards. Blondie and I competed in California Stake Race, Goat Flanking, Dummy Roping, Calf Riding, and other events.

2020 will be my first year as a Jr Boy, and I will be riding my big horse, Luke. We will be competing in new events this year, including Breakaway Roping, Goat Tying, Steer Riding and more! I am so excited to have great sponsors like Genesis Automotive and RV Repair! I am looking forward to a new rodeo season, with new adventures!

WE ARE OPEN!
We are continuing to take action to keep our employees and customers safe while the issues of COVID-19 continues. You may use our key drop box for drop off or come in using social distancing protocol. We are also offering pick up and delivery of vehicles as well. As a normal course of action we are sanitizing all keys and touch points of all vehicles as they come in and when they leave. Over the phone payments are also available to keep interactions to a minimum. Ask about our new “Ozone Treatment” for complete coach sanitization! Visit our Ozone Treatment webpage to learn more about this service by clicking here